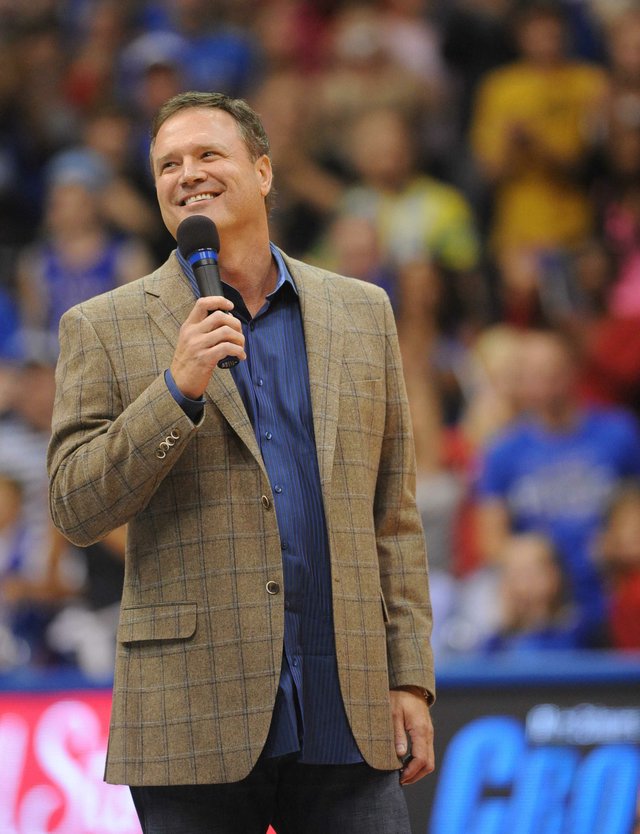 KU coach Bill Self talks to fans at Late Night in the Phog on Friday, Oct. 12, 2012, at Allen Fieldhouse.

Kansas basketball coach Bill Self is and always has been a big supporter of Kansas football and he, like many fans, is eager to get the 2016 season rolling. By Matt Tait

Bill Self and his 18 Kansas University basketball players are ready to get to work. By Gary Bedore

Bill Self in favor of September (!) start

The NCAA Board of Directors on Thursday is expected to pass a measure that will add two to three weeks to the college basketball season. By Gary Bedore

Bill Self: Kansas set as realignment ramps up again

Kansas University coach Bill Self says it’s not even worth talking about KU possibly being a target of the Big Ten Conference. By Gary Bedore

Bill Self pleased with Jayhawks’ progress

Overall, Bill Self likes what he’s seen at practice 10 days into the 2012-13 college basketball season.

Pay-for-play among Bill Self talk topics

Bill Self, who is beginning his 20th season as a college basketball head coach and his 10th at Kansas University, has modified his position regarding certain issues throughout the years.