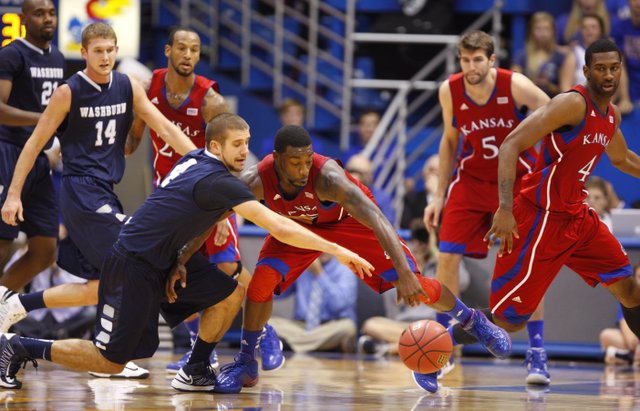 Kansas guard Elijah Johnson grabs a steal from Washburn guard Jared Henry during the second half on Monday, Nov. 5, 2012 at Allen Fieldhouse.

Self: KU's seniors need to step up, be more aggressive

Kansas University basketball coach Bill Self laments the fact the ball didn’t touch the paint much in KU’s 12-point victory over Washburn on Monday. Self said passive play by his seniors had a lot to do with it. Story by Gary Bedore