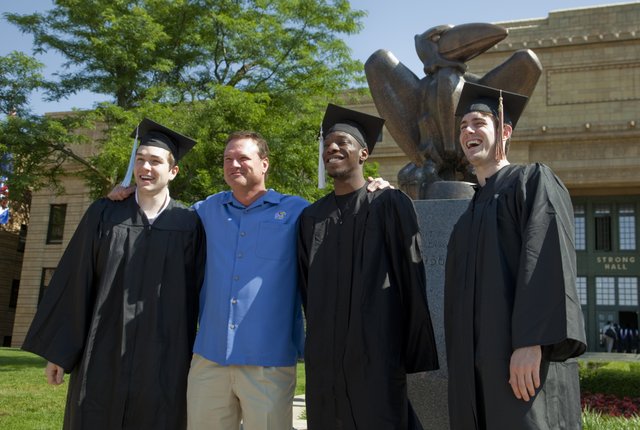 The Kansas University men’s basketball team may be riding an unprecedented streak of eight straight Big 12 Conference championships, but that’s not the only streak that has school officials smiling. Tuesday morning, KU released the results of the most recent Academic Progress Rate numbers from the 2010-11 academic year and they revealed that head coach Bill Self’s squad had delivered a perfect APR score of 1,000 for the sixth straight year.

Vacation's over: Self refreshed, ready for 10th season at KU

Refreshed after last week’s golf excursion to Cabo San Lucas — and energized after watching three of his Kansas University basketball players graduate on Sunday — an upbeat Bill Self returned to work bright and early Monday.