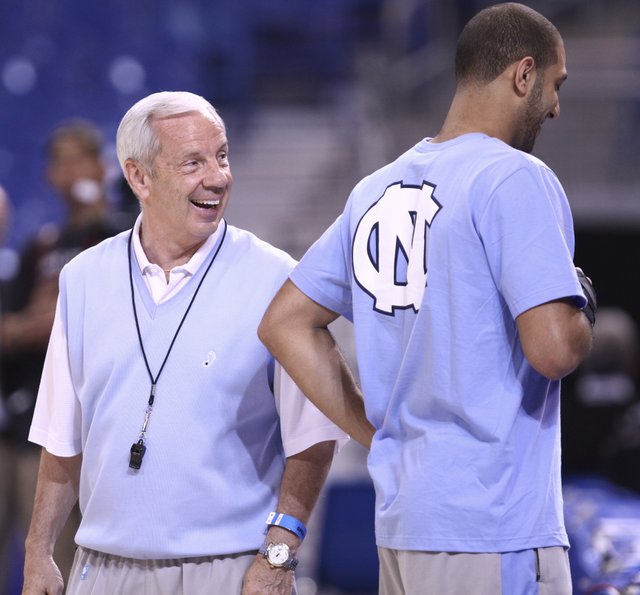 In a different world, a similar move could have happened at Kansas. Instead, it’s the University of North Carolina that will be naming its basketball court after long-time Tar Heels basketball coach Roy Williams, the school announced Thursday. By Matt Tait

North Carolina starting point guard Kendall Marshall will not play against Kansas and also will not be in uniform, UNC officials confirmed about an hour before Sunday's game.

Last Thursday, during the media session leading up to his team's Sweet 16 matchup with Ohio, North Carolina coach Roy Williams could not go 20 seconds without fielding a question about the status of injured UNC point guard Kendall Marshall.

Roy Williams, who has 61-year-old knees, takes a daily walk, instead of a jog these days. Thursday, the ninth-year University of North Carolina basketball coach who coached the previous 15 years at Kansas University crossed the path of a KU fan during his morning stroll.