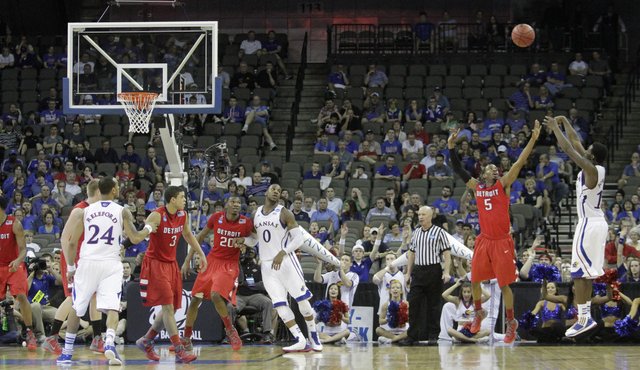 Elijah Johnson, (15) right, launches a three-point attempt during the second half of Friday's 65-50 win over the Detroit Titans in a second-round men's NCAA Championship game in Omaha, NE. Johnson was 3 for 4 from the three-point line.