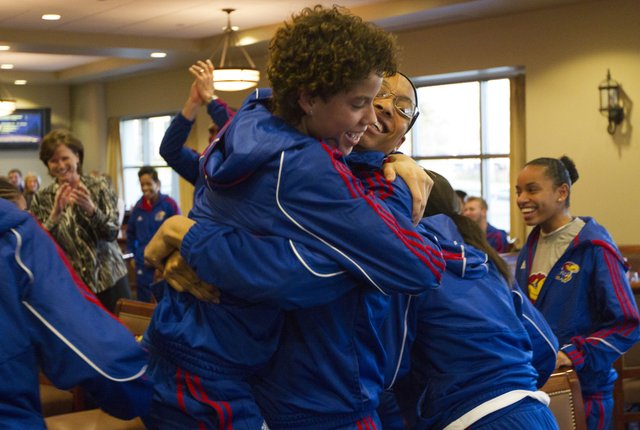 Kansas junior Monica Engelman, left, hugs senior forward Aishah Sutherland while the rest of the team celebrates after the team learned its NCAA tournament fate during a tournament selection watch party held in the Naismith Room in Allen Fieldhouse Monday, March 12, 2012. The Jayhawks received the number eleven seed in the Des Moines region and will face sixth seeded Nebraska in the first round.

The Kansas women's basketball team was selected as a No. 11 seed in the NCAA Tournament and will face sixth-seeded Nebraska in the first round in Little Rock, Arkansas.