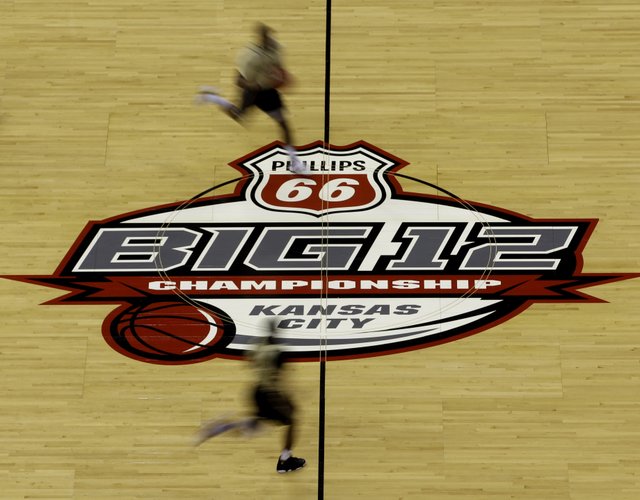 In this photo shot with a slow shutter speed, players run a drill during practice at the last year’s Big 12 Conference men’s tournament, March 8, 2011, at Sprint Center in Kansas City, Mo.

‘Still Kansas City’: Self speaks out on Big 12 (minus MU) and K.C. tourney

The Phillips 66 Big 12 men’s basketball championship will be held in Sprint Center in Kansas City, Mo., this week as well as in March of 2013 and ‘14.