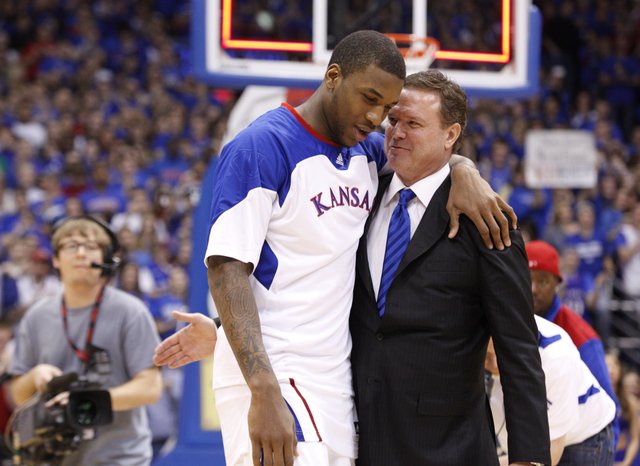 Kansas forward Thomas Robinson is hugged by head coach Bill Self as he is recognized before the fieldhouse during the senior speeches.

Self: Tall order for KU to replace Thomas Robinson's toughness

Bill Self named Sporting News national coach of the year

Kansas coach Bill Self was selected as the Sporting News' national coach of the year, the publication announced Tuesday.

Victory the end for T-Rob, too

No manufactured drama will follow Thomas Robinson into the postseason. Everybody, from coach Bill Self to Robinson himself, realized long ago that the issue of whether he would return to Kansas for his senior season was not an issue at all. So why fake it?

Thomas, thank you so much for everything you have given to KU! We will all look forward to following you as you enter the next chapter of your life. You will always be in our hearts!