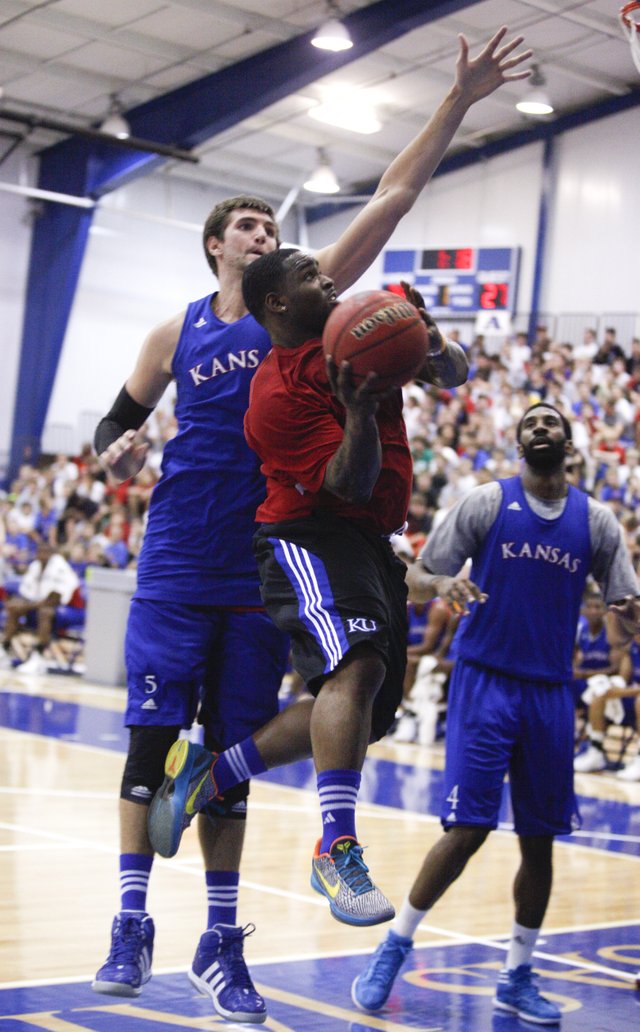 Former Kansas guard Sherron Collins heads to the bucket under center Jeff Withey during a scrimmage on Wednesday, June 20, 2012 at the Horejsi Center. Nick Krug/Journal-World Photo

Former Kansas University point guard Sherron Collins, who has been rehabilitating a sprained knee that sidelined him at the end of the 2011-12 Turkish Basketball League season, has decided to relocate from Chicago to Lawrence to get in what he hopes will be the best shape of his life.