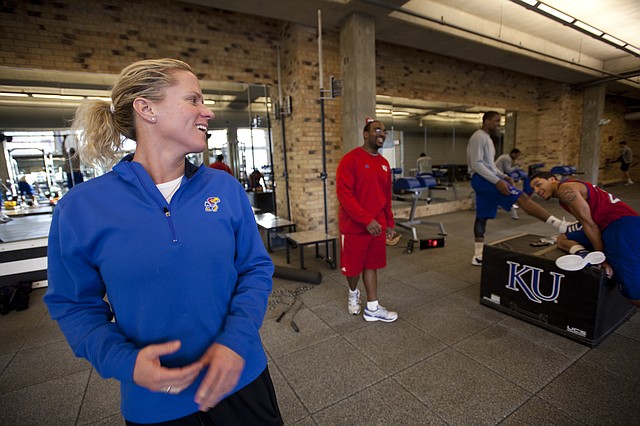 After 15 years at a place that, “means the world” to her, Kansas basketball strength and conditioning coach Andrea Hudy is officially leaving KU. By Matt Tait

The National Strength and Conditioning Association on Wednesday confirmed something that those connected to Kansas basketball already believed — Andrea Hudy is a treasure. Set to begin her 14th season with the KU men’s basketball program, Hudy on Wednesday received the NSCA’s Impact Award given annually since 1997 to “an individual whose career has greatly contributed to the advancement of the national or international strength and conditioning or fitness industries.”