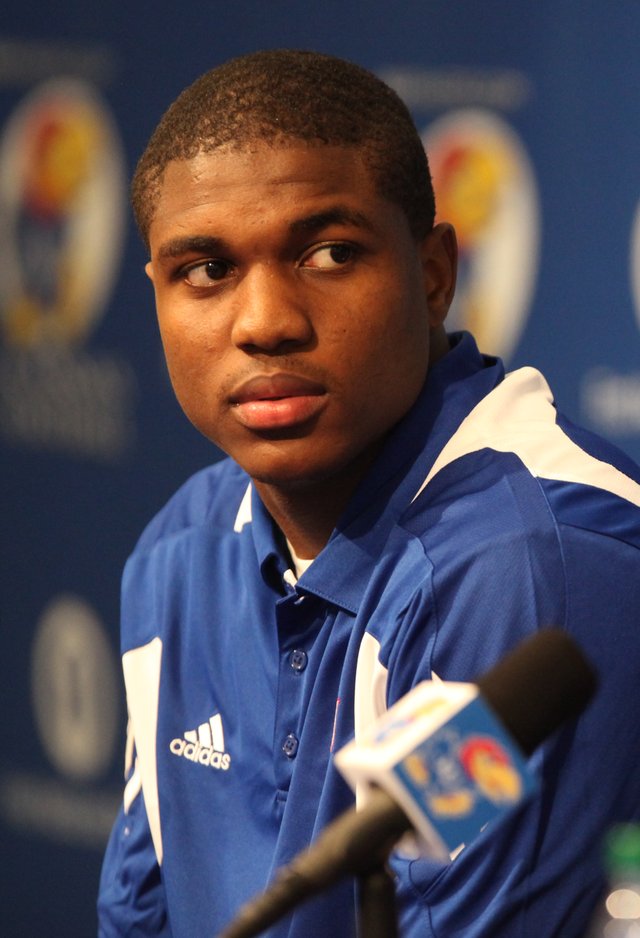 Receiver Justin McCay, a transfer from Oklahoma, listens as his teammates answer questions on Monday, Jan. 16, 2012 at the Anderson Family Football Complex.

Kansas WR Justin McCay out to prove himself

Based on fan reaction, one of the biggest surprises regarding the Kansas University football program’s pre-spring depth chart was junior Justin McCay’s listing as the second-string X receiver. By Matt Tait

Oklahoma transfer and Kansas City native will sit out 2012 season

Not yet. So says the NCAA, which on Wednesday, after an appeal heard by the Subcommittee for Legislative Relief, denied the hardship waiver requested by Kansas University wide receiver Justin McCay, making the sophomore from Bishop Miege High ineligible to play during the upcoming season.

By now, Kansas University football coach Charlie Weis has said all he can say about the situation surrounding Oklahoma transfer Justin McCay, a wide receiver from Bishop Miege High who is appealing the NCAA for a hardship waiver that, if granted, would allow him to play at Kansas without sitting out a season.