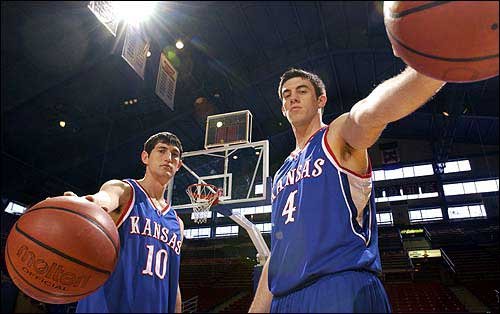 Former Kansas basketball players Kirk Hinrich, left, and Nick Collison were a part of the 2002 Final Four team that went 33-4 overall and 16-0 in Big 12 play.