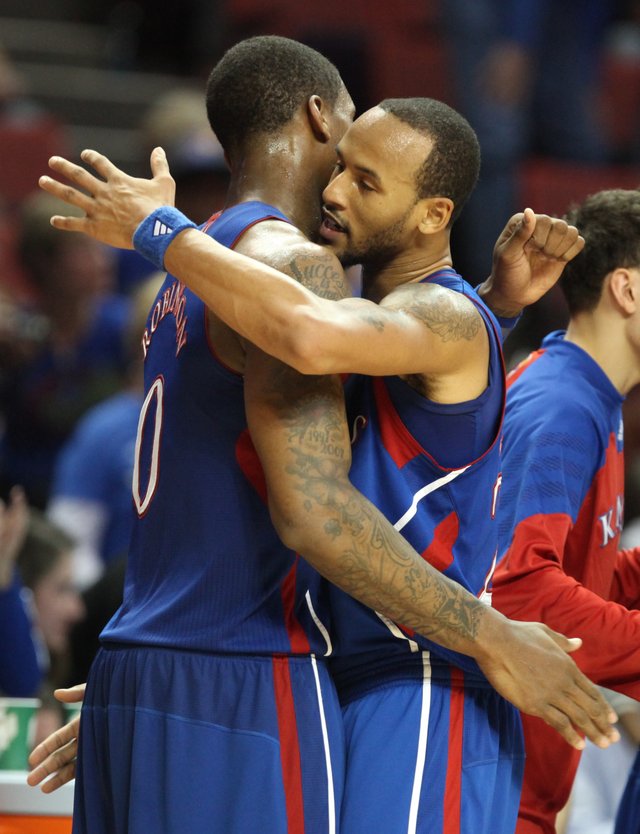 Travis Releford, who is known as Kansas University’s defensive stopper, put up some wildly impressive numbers on offense last week.

After hitting the showers and meeting the media, Kansas University’s Travis Releford traipsed back into Noble Center on Saturday to meet his own personal cheering section — one led by his grandmother, Rose Cliff, who lives in Wagoner, and seven cousins from Tulsa.