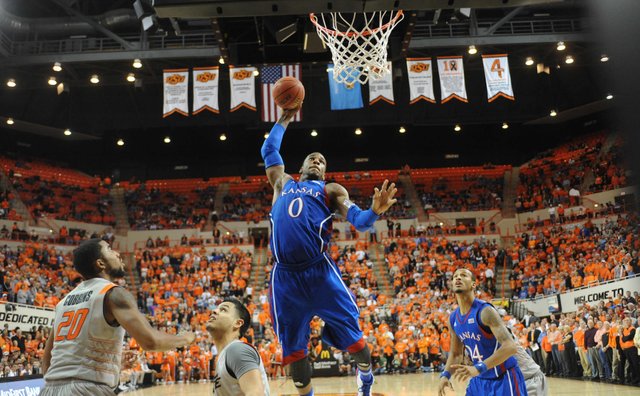 Kansas forward Thomas Robinson goes up for a dunk against Oklahoma State on Monday, Feb. 25, 2012, at Gallagher-Iba Arena in Stillwater, Okla.

Kansas University junior power forward Thomas Robinson on Monday was named the Associated Press Big 12 Player of the Year one day after the conference coaches accorded him the same honor.

What a year, these boys and coaches are awesome!!! I was at MU game in Lawrence and it was completely out of this world. The fans were wild and the players outstanding. Thanks guys for a wonderful season. Looking forward to march madness, Featured Tyshawn's Mom & little sister, they were sure proud of Tyshawn and rightfully so. What a guy!!!