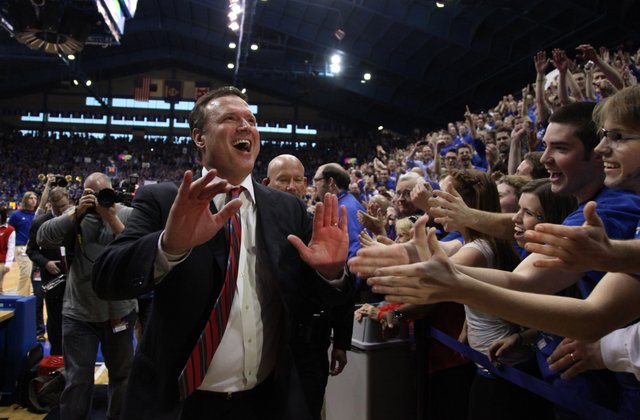 Kansas head coach Bill Self slaps hands with the fans following the Jayhawks' 87-86 overtime win over Missouri on Saturday, Feb. 25, 2012 at Allen Fieldhouse.

Kansas men's basketball coach Bill Self has signed what was described by KU as "a lifetime contract" to remain the head coach of the Jayhawks, the school announced Friday morning. By Matt Tait

The NCAA on Tuesday revealed something that fans of Kansas University basketball have believed to be true for a long time. Allen Fieldhouse was named as the loudest, most intimidating arena in college basketball in a High-Five feature on NCAA.com, the website announced Tuesday.

Next KU victory will be Bill Self’s 500th

Milestone on the line tonight at Iowa State