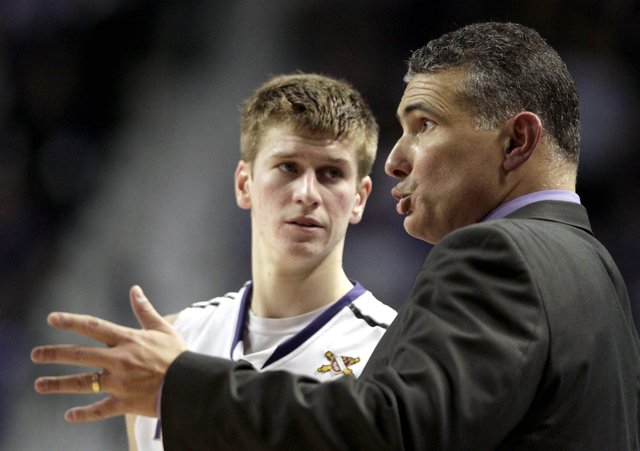 Kansas State coach Frank Martin, right, talks to guard Will Spradling during the second half of an NCAA college basketball game against Oklahoma, Saturday, Jan. 28, 2012, in Manhattan, Kan. Oklahoma won the game 63-60.

Kansas State’s signing of Shawnee Mission South guard Will Spradling to a national letter of intent in November of 2009 did not create a lot of buzz in the college basketball world.