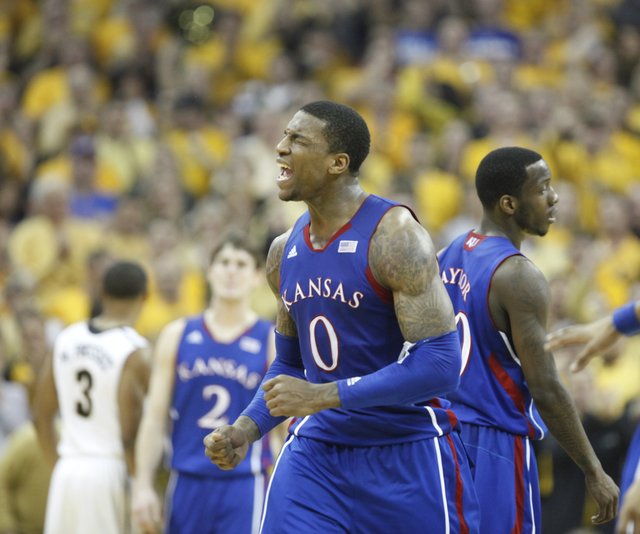 Kansas forward Thomas Robinson lets out a yell of frustration after a missed bucket and an offensive foul by the Jayhawks during the first half against Missouri on Saturday, Feb. 4, 2012 at Mizzou Arena.

KU’s Bill Self: ‘We’ve been here before’

Losses on successive Saturdays — combined with winning streaks of Baylor (four games) and Missouri (three) — have dropped Kansas University’s basketball team into a three-way tie for first place in the Big 12 Conference.