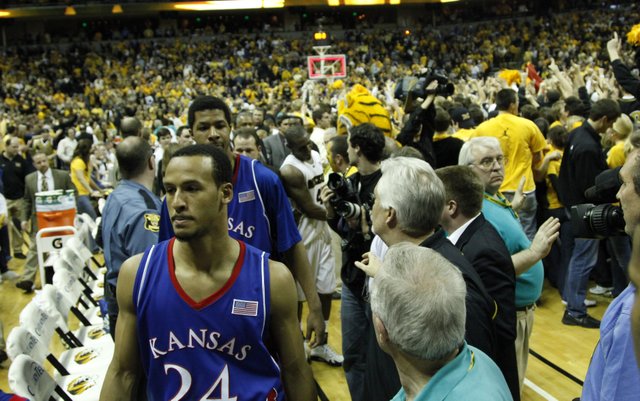 Kansas University guard Travis Releford and the Jayhawks make their way from the court following a 62-60 loss to Missouri in this file photo from Feb. 9, 2009, at Mizzou Arena in Columbia, Mo. The Jayhawks have not lost in Columbia since 2009 and hope to build on the streak Saturday.

Columbia contests stand out for Self, KU

Bill Self, who on Saturday night might coach his final game in Columbia, Mo., was asked Thursday to identify his favorite of the eight Border War battles contested in Mizzou Arena and/or Hearnes Center.