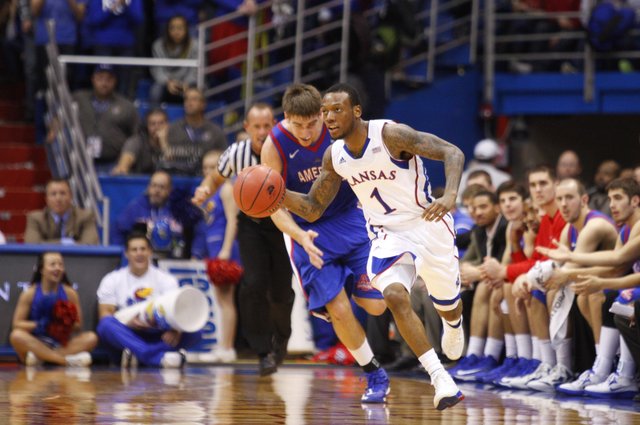 Kansas guard Naadir Tharpe pushes the ball up the court past American center Tony Wroblicky during the second half on Saturday, Dec. 29, 2012 at Allen Fieldhouse.

Pleased with Kansas University’s men’s basketball starting lineup, Bill Self has also been impressed with the work of his reserves. By Gary Bedore

Naadir Tharpe, who has been on quite a roll with 22 assists against no turnovers the last four games, grinned Saturday night when asked if he’d compare himself to another height-challenged point guard, Allen Iverson. By Gary Bedore

Remember the Naadir Tharpe that retreated when the opposition attacked? You can forget him now, Journal-World sports editor Tom Keegan says, because the sophomore guard has pushed that timid player into the past.