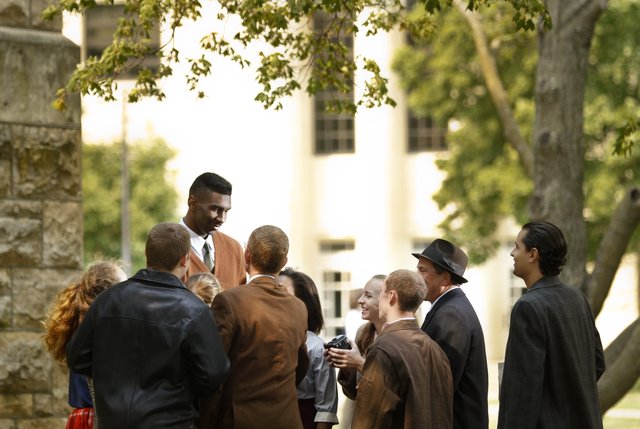 Off the court, Justin Wesley is best known in Lawrence for his film portrayal of Wilt Chamberlain in the recent movie release, “Jayhawkers.” On the court, he’s the walk-on transfer from Lamar University who averaged 8.6 minutes a game — 7.8 minutes in Big 12 action — for KU’s 2011-12 NCAA runner-up/Big 12 championship team. By Gary Bedore

Kansas University senior basketball power forward Justin Wesley has certainly received local acclaim — from the 10,000 or so individuals who attended showings of the movie “Jayhawkers” Feb. 14-16 in the Lied Center. By Gary Bedore