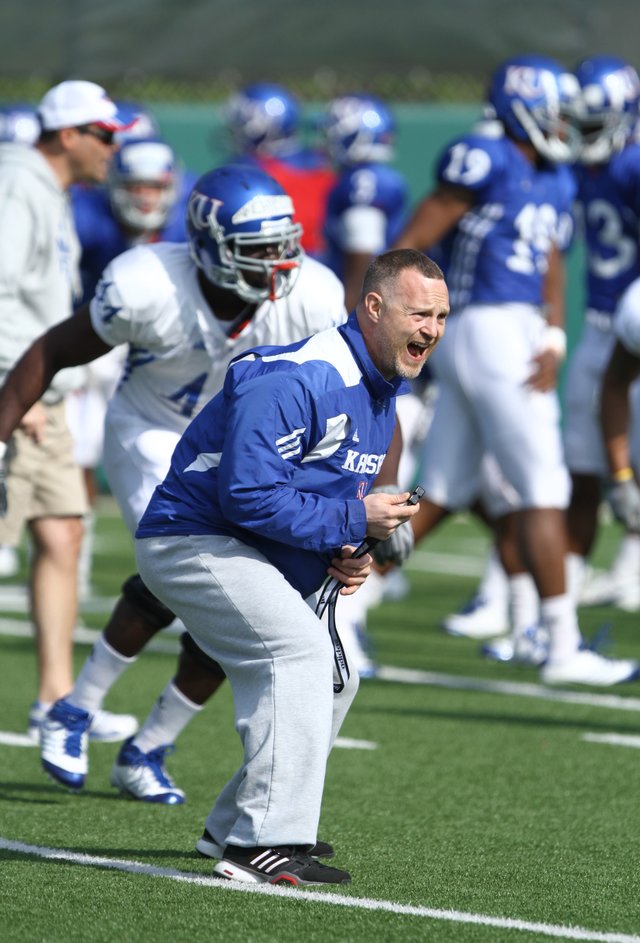 Kansas strength coach Scott Holsopple gets at his players as he conducts warmup drills during practice on Tuesday, April 10, 2012.

The instructions were clear and the tone plenty serious. Last winter, not long after being hired by head coach Charlie Weis, Kansas University strength-and-conditioning director Scott Holsopple received a phone call from one of his new players who was running late.

No days off: Jayhawks to sweat through the summer with strength guru Holsopple

Now that June has arrived, things begin to get very interesting with the Kansas University football team.