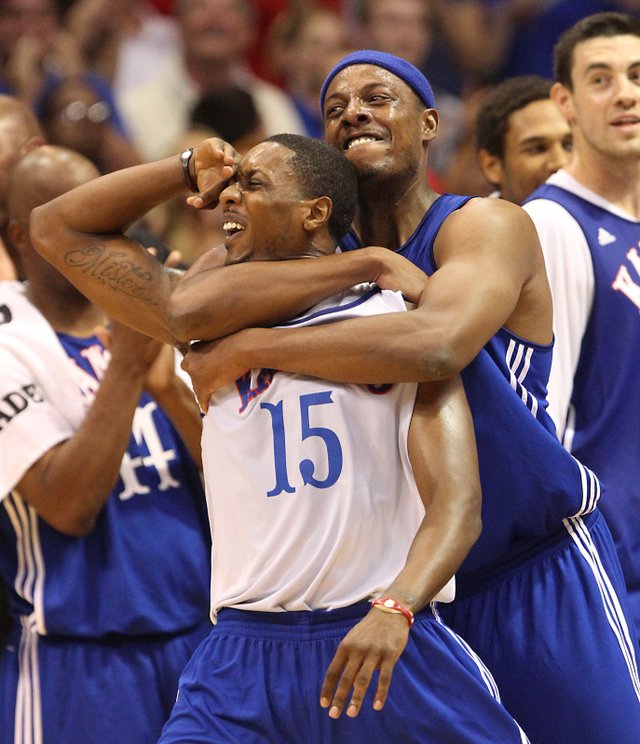 Paul Pierce jokes with Mario Chalmers after Chalmers hit the Legends of the Phog scrimmage's game-tying shot at the buzzer Saturday, Sept. 24, 2011 at Allen Fieldhouse.