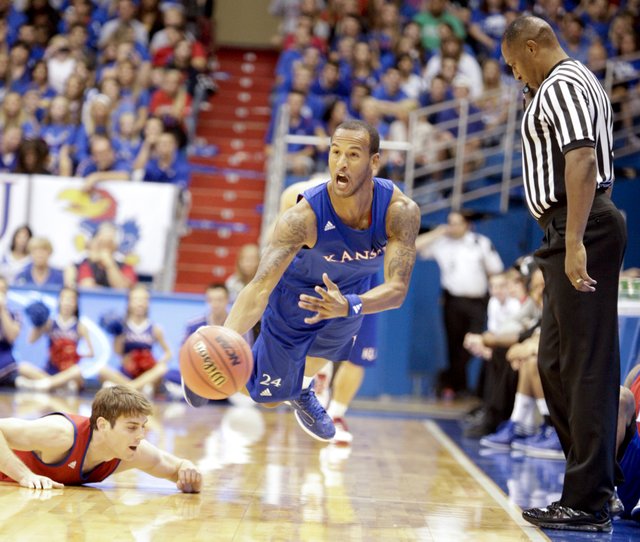 Kansas guard Travis Releford scoops a pass up the court after stealing the ball from Conner Teahan during the Late Night in the Phog scrimmage on Friday, Oct. 14, 2011 at Allen Fieldhouse.

Kansas University’s basketball team — which has won 37 consecutive exhibition games overall and 35 in a row in Allen Fieldhouse — will be taking nothing for granted in its game against Pittsburg State tonight.

The Kansas men's basketball team is ranked No. 13 in the preseason ESPN/USA Today Coaches poll released on Thursday.

Junior aware Jayhawks not deep, but ‘of course we are going to be able to survive it’

To Travis Releford, it matters not that Kansas University’s basketball team enters the 2011-12 season with just eight recruited scholarship players on the roster.