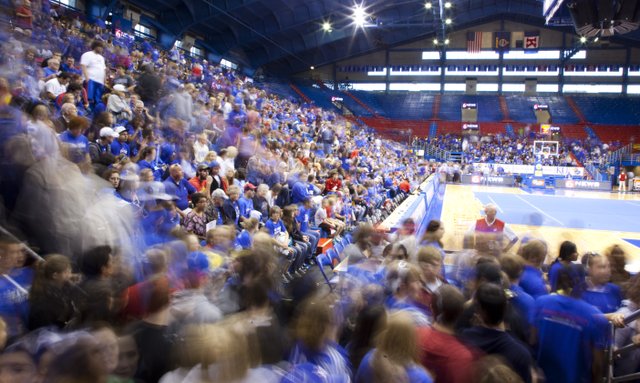 A rush of basketball fans enter Allen Fieldhouse for Late Night in the Phog on Friday, Oct. 14, 2011.

Three top preps to be at Late Night

KU — which has had six first-round picks in the past four NBA Drafts, including one-and-dones Ben McLemore and Xavier Henry — will have three stellar senior prospects in town for Friday’s Late Night in the Phog (6:30 p.m., Allen Fieldhouse). By Gary Bedore