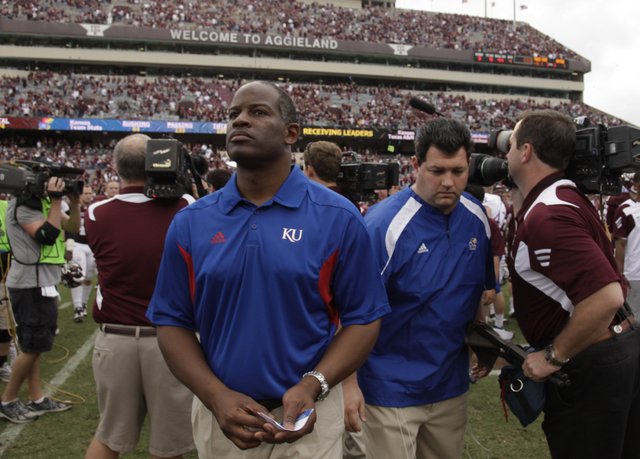 Former Kansas coach Turner Gill has been hired as the eighth coach at Liberty University — an FCS school in Lynchburg, Va.

Say what you will about Kansas University football coach Turner Gill’s two seasons at KU, but it’s hard to dispute that Gill has become highly skilled at putting blowout losses in the past and moving on to the next game. As the saying goes, practice makes perfect.

If Kansas University football coach Turner Gill could get his players to execute on the field the way he has them talking in the media room, he might be on to something.