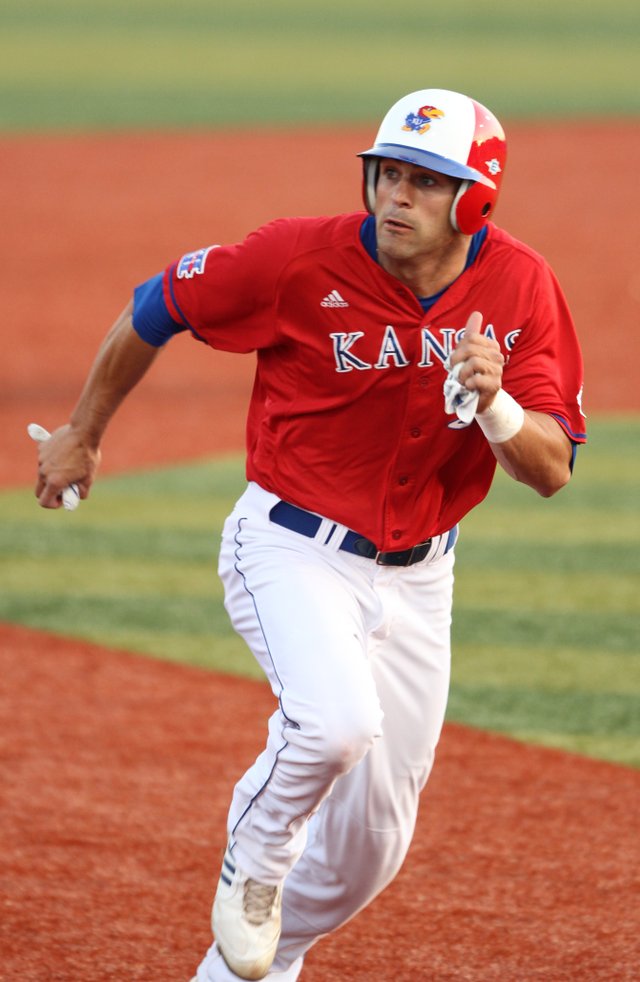 Kansas runner Jake Marasco looks to round third after an RBI single by teammate Brandon Macias during the sixth inning against Wichita State on Tuesday, May 3, 2011 at Hoglund Ballpark. The Jayhawks defeated the Shockers 7-4.

The Kansas University baseball team ripped a pair of run-scoring doubles and delivered seven RBIs in all, but two defensive gems may have been the difference in KU’s 7-4 victory against Wichita State Tuesday at Hoglund Ballpark.