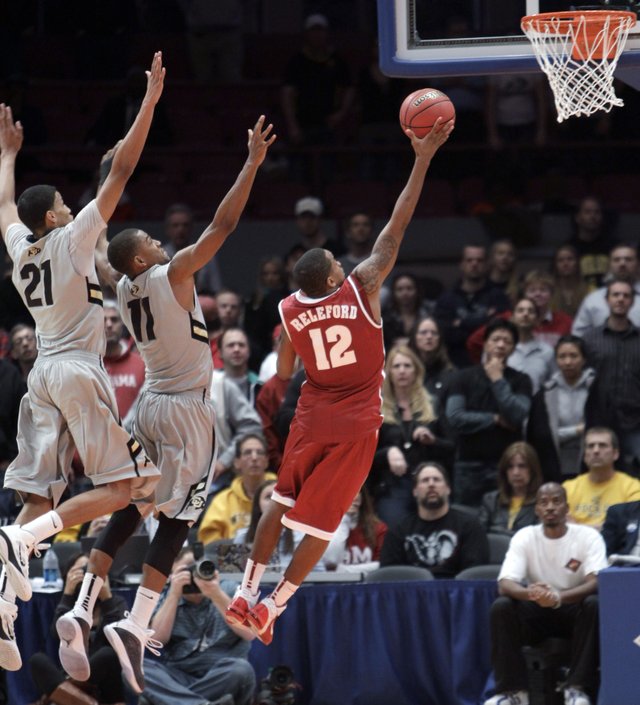 Alabama's Trevor Releford (12) goes up against Colorado's Andre Roberson (21) and Cory Higgins to score the winning goal in the final seconds of a semifinal in the NIT college basketball tournament, Tuesday, March 29, 2011, at Madison Square Garden in New York. Alabama defeated Colorado 62-61.

Alabama is making sure Anthony Grant stays focused on his own team rather than watching his former team’s incredible NCAA Tournament run.