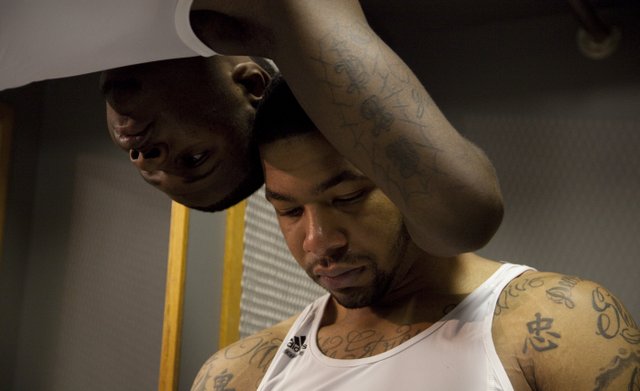 Kansas guard Josh Selby leans over to hug forward Markieff Morris in the locker room following the Jayhawks' 71-61 loss to Virginia Commonwealth on Sunday, March 27, 2011 at the Alamodome in San Antonio.

Josh Selby's 20th birthday no party after loss to VCU

When Kansas University freshman guard Josh Selby woke up Sunday morning, he had a Final Four in his sights and a handful of “Happy Birthday” texts on his phone.

Very nice camera angle! Many players would not allow camera man that much access.