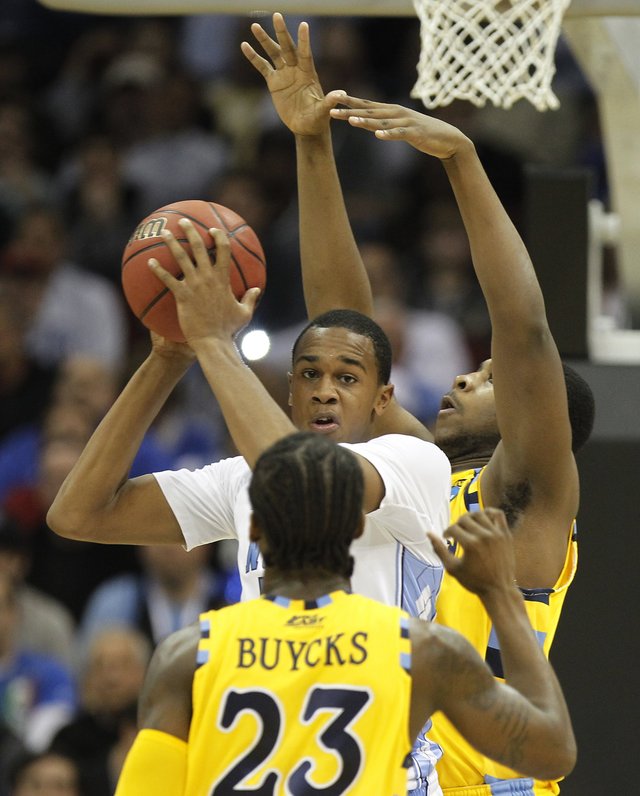 North Carolina's Dexter Strickland (1) passes theball away from Marquette's Junior Cadougan, right, and teammate Dwight Buycks (23) during the first half of an an East regional semifinal game in the NCAA college basketball tournament Friday, March 25, 2011, in Newark, N.J.

Catch 'em if you can. After repeated early, deep deficits this postseason, North Carolina flipped the script Friday night, dismantling Marquette 81-63 in an East Regional semifinal that was over before the half.