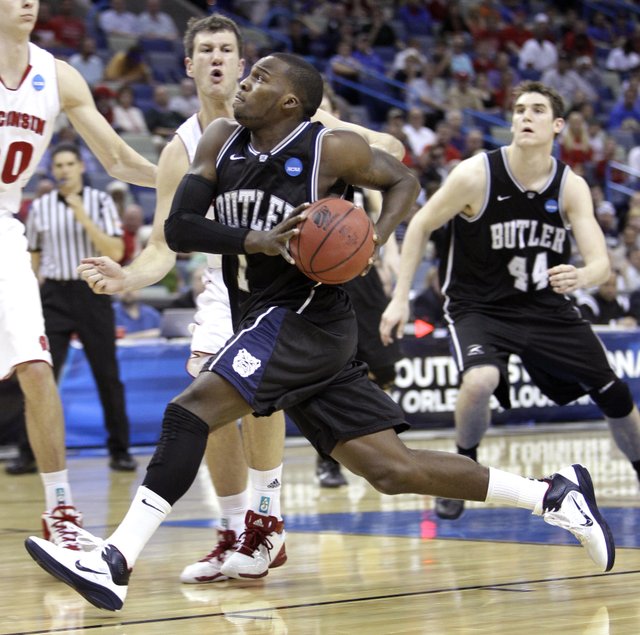 Butler's Shelvin Mack goes up for a shot during the second half of the NCAA Southeast regional college basketball semifinal game against Wisconsin Thursday, March 24, 2011, in New Orleans.

Wisconsin's normally suffocating defense could not slow Matt Howard and Butler's run toward a second straight Final Four appearance. If anything, the Bulldogs may be gaining momentum.