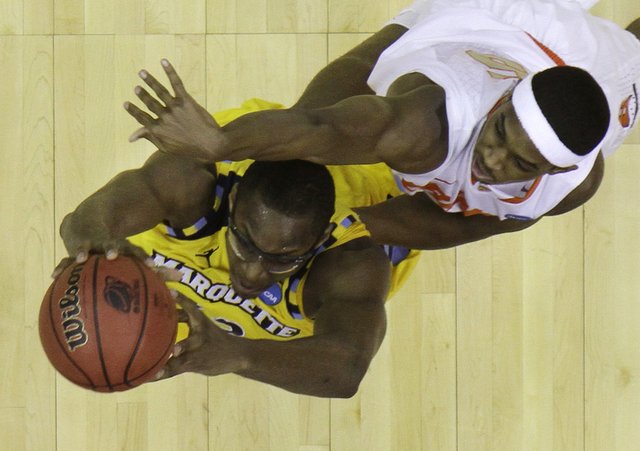 Marquette's Chris Otule, left, goes in for a shot against Syracuse's C.J. Fair in the second half of an East regional NCAA college basketball tournament third-round game, Sunday, March 20, 2011, in Cleveland.

Oh, is there ever a Buzz in the NCAA tournament. Brent Williams is better known as Buzz — Coach Buzz if you play for Marquette — and his postgame celebrations have become the stuff of legend. On Sunday, he might have had his wildest yet.