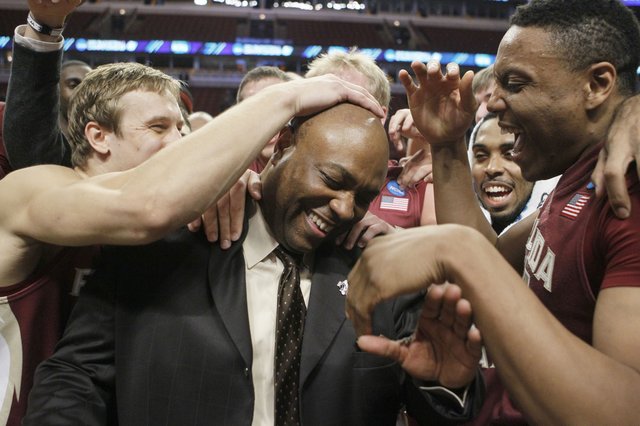 The scene was familiar to any Florida State fan: Seminoles players doing the tomahawk chop in front of a rowdy crowd. It's not just for football games anymore.