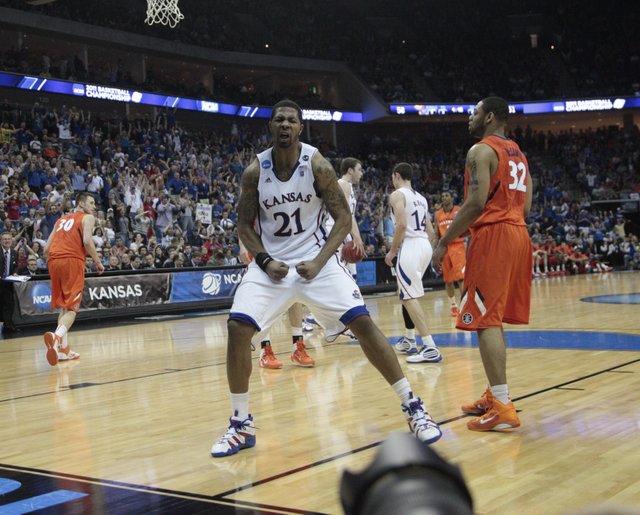 Kansas forward Markieff Morris celebrates after a dunk against the Illinois defense during the second-half, Sunday, March 20, 2011 at the BOK Center in Tulsa, Okla.

Monster in the making: Markieff Morris no longer just ‘the other twin’

A couple of weeks ago, Philadelphia’s Prep Charter High basketball coach, Dan Brinkley, saw one of his former big men do something he wasn’t sure was in the player’s best interest.