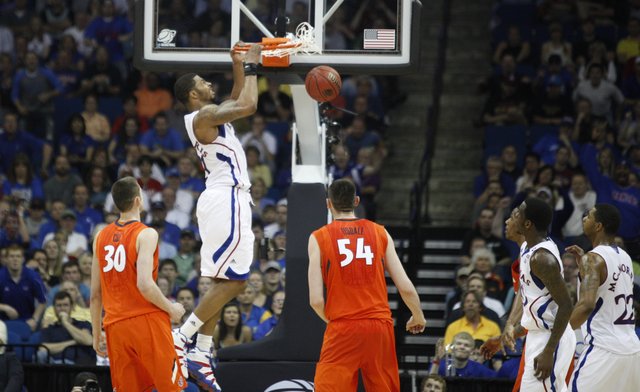 Kansas forward Markieff Morris delivers on an alley-oop dunk from teammate Tyshawn Taylor during the second half against Illinois on Sunday, March 20, 2011 at the BOK Center in Tulsa.

There were no funeral services held for Bill Self and his Kansas University basketball players on Sunday night in BOK Center. The 2010-11 Jayhawks are still breathing today, marching on to the NCAA Tournament’s Sweet 16 after a convincing 73-59 victory over Illinois and coach Bruce Weber, the man who held a mock burial service for Self after Self left U of I for KU in 2003.