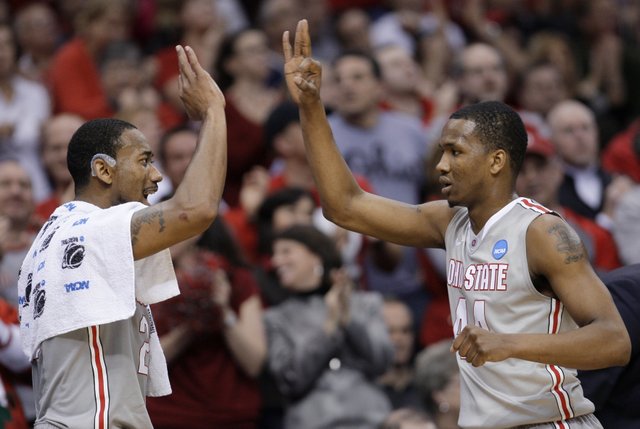 David Lighty made all seven of his 3-pointers and scored 25 points, freshman Jared Sullinger added 18 after informing one of George Mason's players "it's over" and top-seeded Ohio State made 16 threes to advance in the NCAA tournament with a jaw-dropping 98-66 win Sunday.