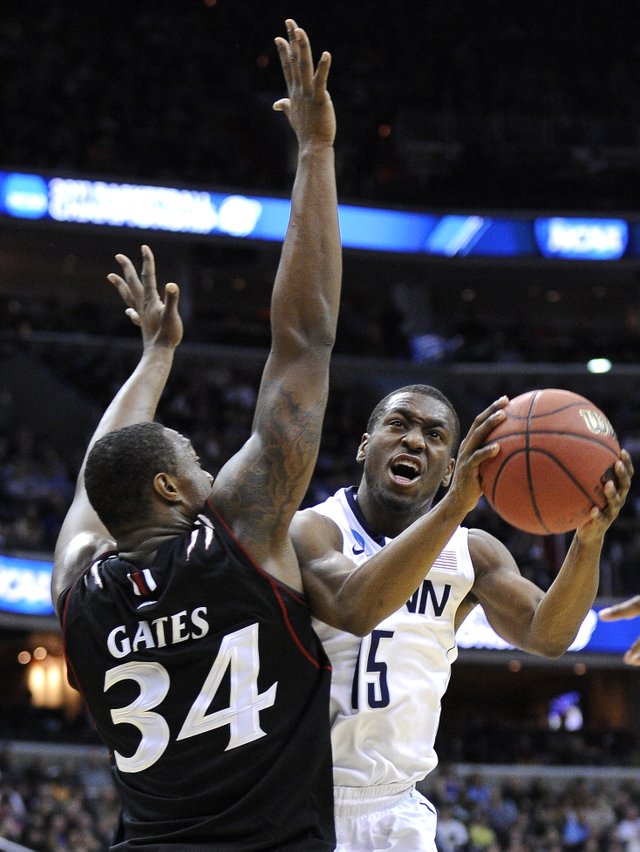 Kemba Walker scored 33 points and the supposedly powerful Big East finally advanced a team to the NCAA tournament's round of 16 on Saturday night when Connecticut beat conference foe Cincinnati 69-58.