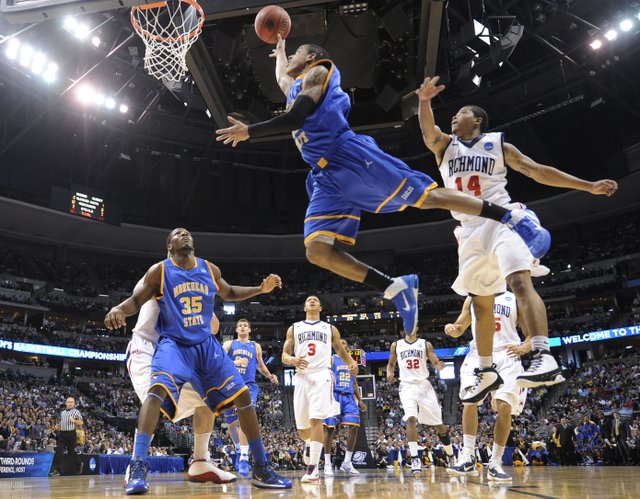 Morehead State guard Terrance Hill (11)goes up for a shot against Richmond guard Kevin Anderson (14) in the first half of a Southwest regional third round NCAA tournament college basketball game, Saturday, March 19, 2011, in Denver.

Justin Harper scored 19 points and Kevin Anderson added 14, helping 12th-seeded Richmond advance to the round of 16 for the first time since 1988 with a 65-48 win over No. 13 Morehead State on Saturday in the NCAA tournament.