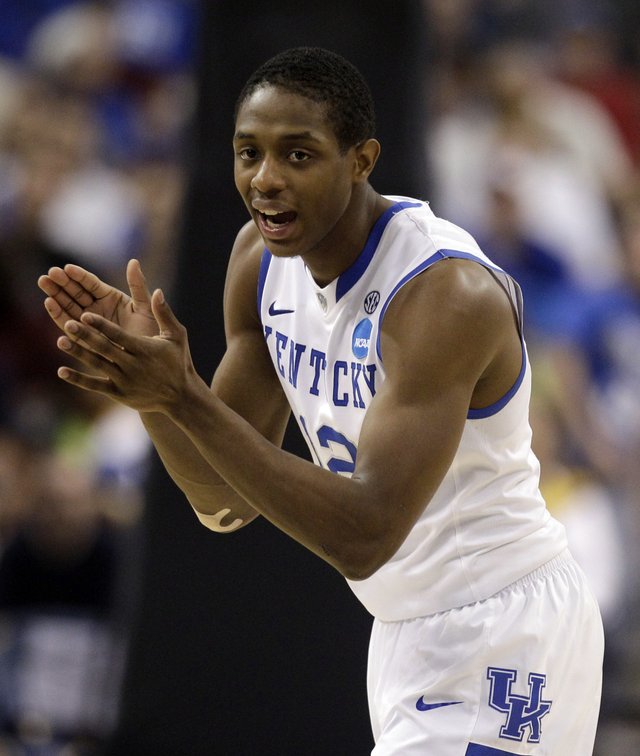 Kentucky's Brandon Knight (12) cheers as his team pulls ahead of West Virginia during the final minutes of the second half in a third-round East regional NCAA tournament college basketball game in Tampa, Fla., Saturday March 19, 2011.

It's not taking Brandon Knight long to build an impressive resume in the NCAA tournament. A game-winning shot in the closing seconds of his debut. A career-best 30 points in his next game, helping Kentucky back into the round of 16.