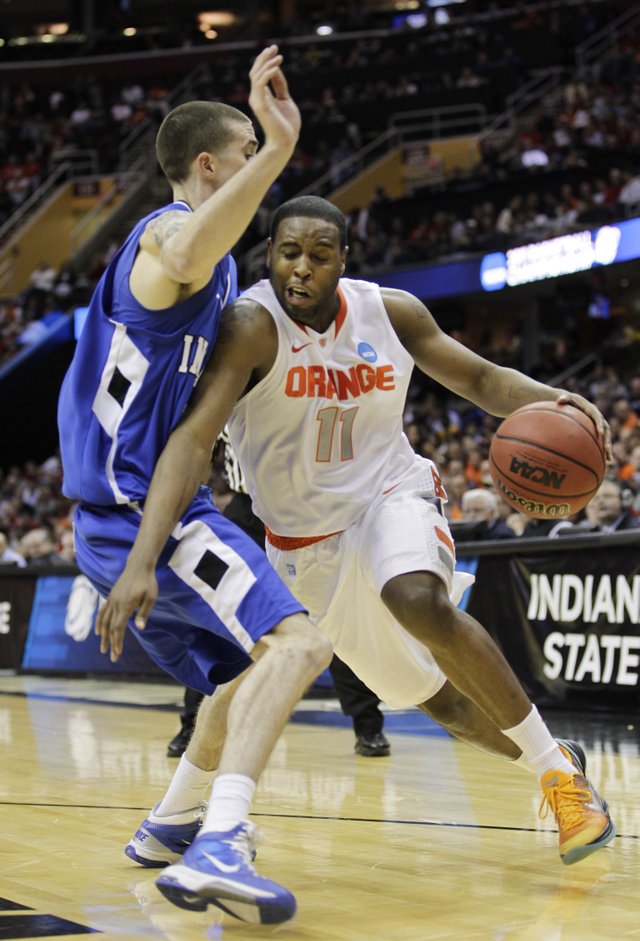 Syracuse's Scoop Jardine (11) tries to drive past Indiana State's Jake Kelly in the first half of an East regional NCAA college basketball tournament second round game Friday, March 18, 2011, in Cleveland.