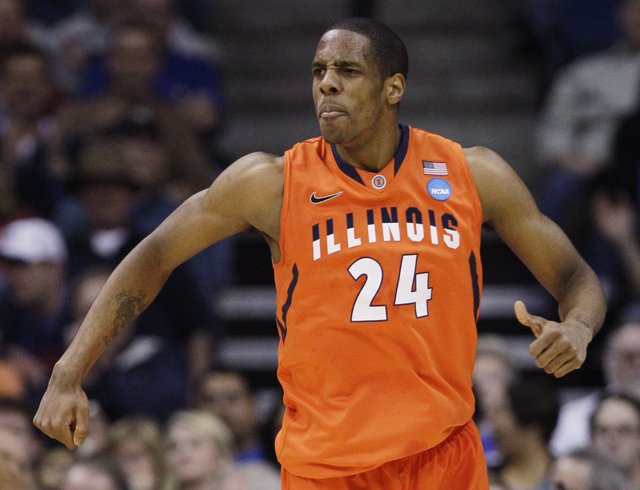 Illinois forward Mike Davis reacts to actin against UNLV in the first half of a Southwest Regional NCAA tournament second round college basketball game, Friday, March 18, 2011 in Tulsa, Okla.

Mike Davis tied his season high with 22 points, Demetri McCamey added 17 points and seven assists and Illinois dominated UNLV 73-62 Friday night to set up another meeting between Fighting Illini coaches past and present in the Southwest Region of the NCAA tournament.