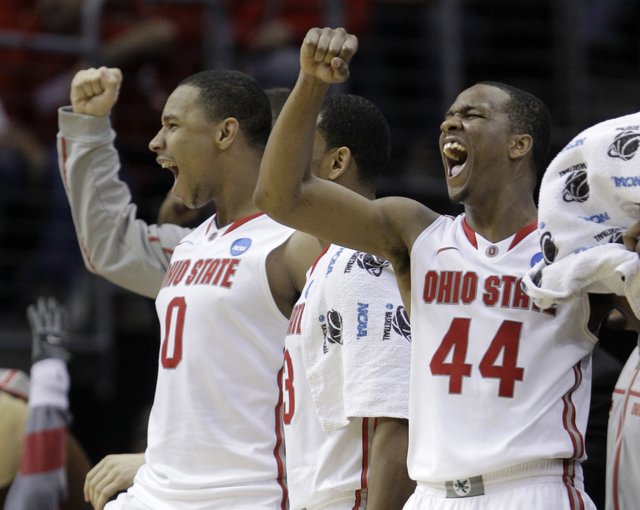 Ohio State's Jared Sullinger (0) and William Buford (44) cheer from the bench in the second half of an East regional NCAA college basketball tournament second round game against Texas-San Antonio Friday, March 18, 2011, in Cleveland.

Texas-San Antonio coach Brooks Thompson understands what it takes to beat Ohio State, he just doesn't know if it's possible.