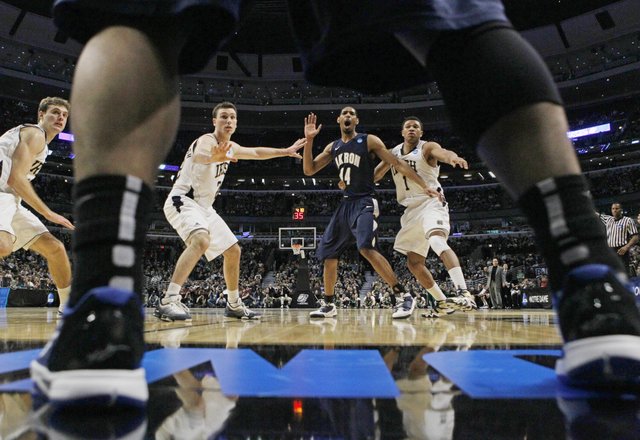 Ben Hansbrough scored 15 points despite another sub-par shooting game and Tim Abromaitis added 14 as second-seeded Notre Dame fought off scrappy Akron for a 69-56 second-round victory Friday in the Southwest Regional.