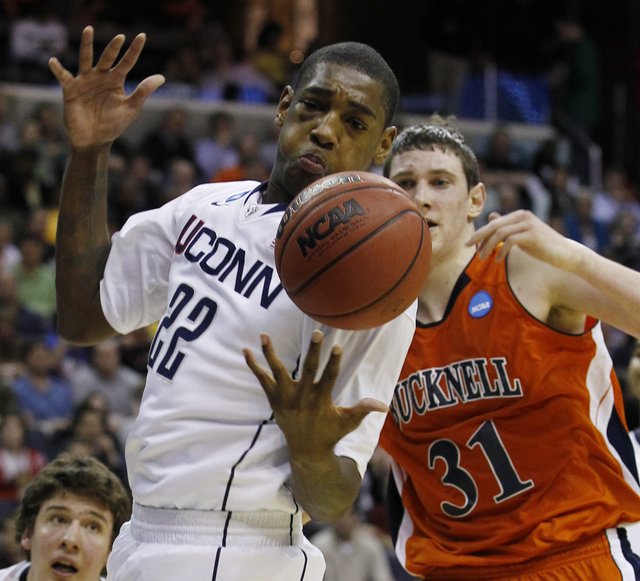 Connecticut forward Roscoe Smith snags a loose ball as Bucknell center Mike Muscala looks on during the second half of the West regional second round NCAA tournament college basketball game, Thursday, March 17, 2011, at the Verizon Center in Washington.

After carrying Connecticut to the Big East title, Kemba Walker decided to get his teammates involved in the Huskies' NCAA tournament opener against Bucknell.