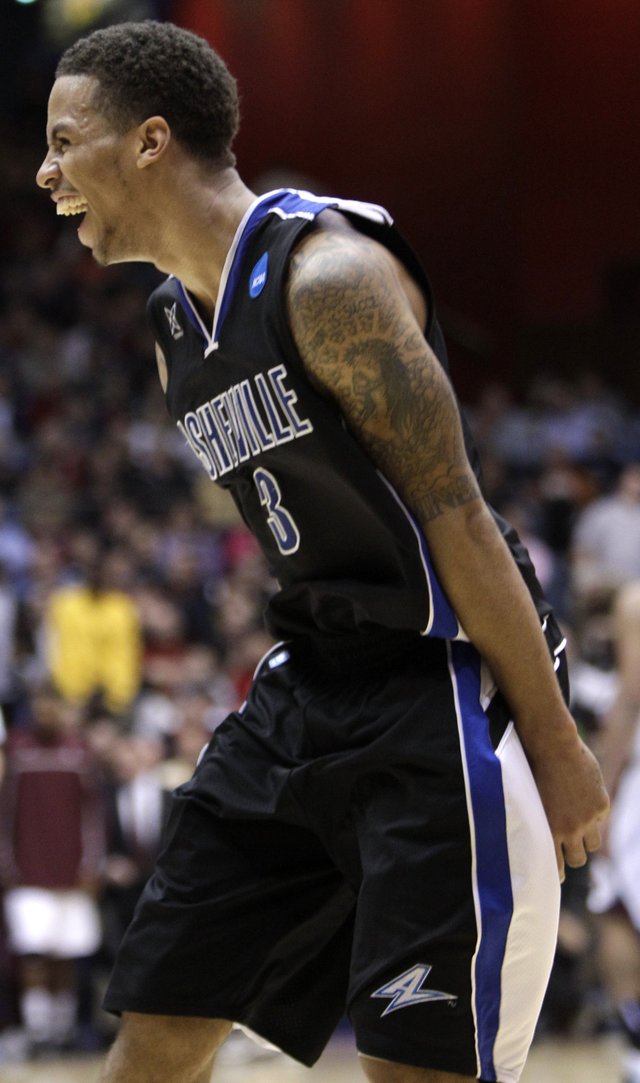 North Carolina-Asheville guard J.P. Primm celebrates after his team defeated Arkansas-Little Rock, 81-77, in overtime during a first round NCAA basketball game on Tuesday in Dayton, Ohio.

Matt Dickey and the Bulldogs were quite an opening act on the NCAA tournament's expanded stage, one that has more teams in the brackets and — so far — the same March drama on the court.