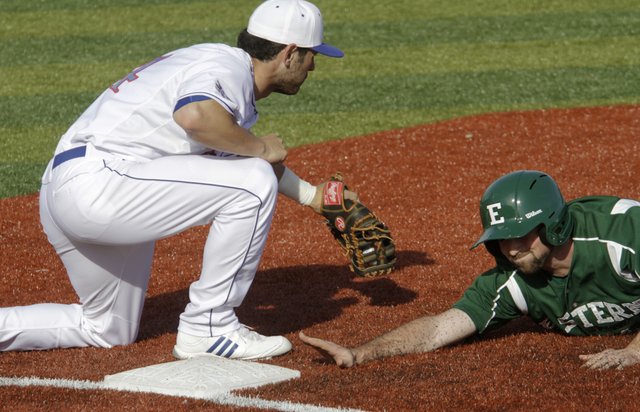 Jake Marasco, left, comes within inches of tagging out an Eastern Michigan runner on a pick-off attempt. Marasco and Kansas rolled to an 8-2 victory on Friday, March 11, 2011 at Hoglund Ballpark.

Last March, Kansas University sophomore Jake Marasco answered his phone and received the worst possible news. The day after he smacked a career-high four hits against Iowa, Marasco learned that his mother, Carol, had unexpectedly passed away at 54.