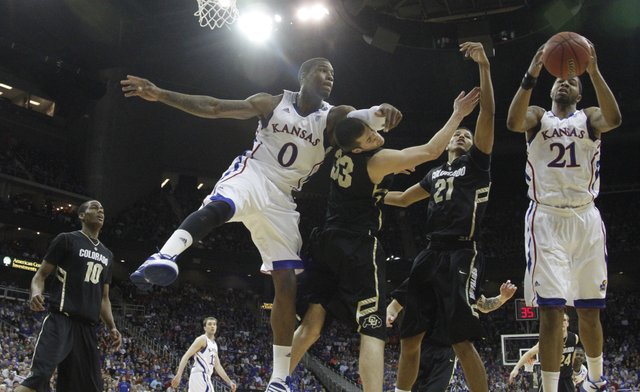 Things get physical down low between Kansas players Thomas Robinson (0) and Markieff Morris (21) and Colorado defenders Austin Dufault (33) and Andre Roberson (21) during the first half on Friday, March 11, 2011 at the Sprint Center.

Going on the assumption that Kansas University junior Marcus Morris is more of a small forward, KU sophomore Thomas Robinson was pretty comfortable with his comments about his other teammate named Morris: power forward Markieff.