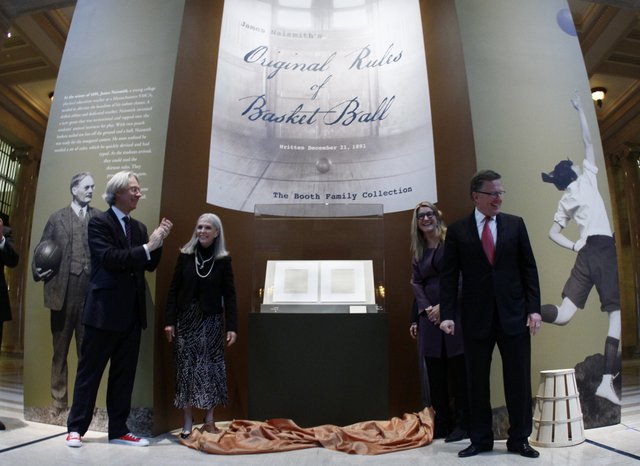 The new owners of James Naismith’s original rules of basketball are meeting with the media to discuss a new display at Kansas City’s Nelson-Atkins Museum of Art.