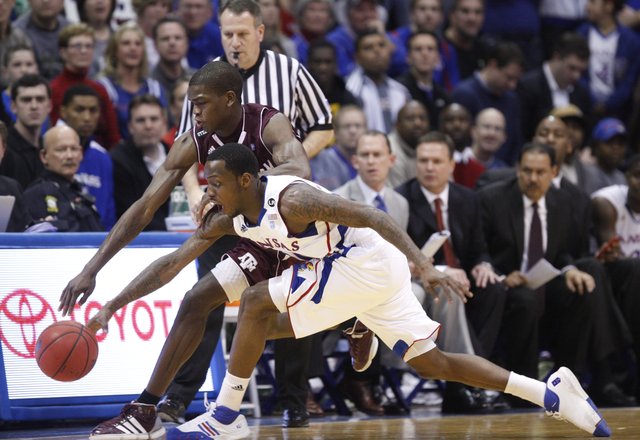 Kansas guard Tyshawn Taylor knocks the ball away from Texas A&M forward Naji Hibbert during the first half on Wednesday, March 2, 2011 at Allen Fieldhouse.

Peer beneath Wednesday’s Senior-Night speeches, the outstanding final home performances of Brady Morningstar and Tyrel Reed, the spectators stopping and taking a look back at the Fieldhouse on their way out because they knew they wouldn’t see the inside of it again until Late Night in the Phog, and what remained was an encouraging sign from the nation’s second-ranked basketball team.

Kansas University basketball coach Bill Self said there won’t be any changes in the starting lineup at the point-guard position for Saturday’s game at Missouri.