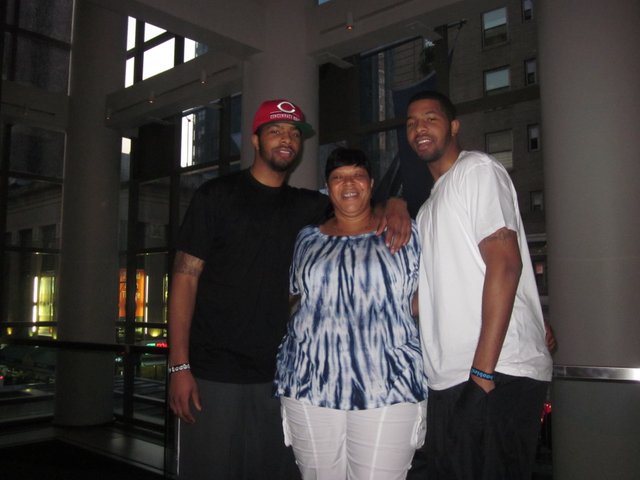 For the past two decades, former Kansas University basketball stars Marcus and Markieff Morris have gone everywhere and done everything together.

I wonder what city with which twin she chooses to live?? Hmmmm.....hard decision Angel! I guess you'll have a home with both so you can watch them both play. Go twins! I know everyone is rooting for you both. Angel, thank you for all you did for the KU team.

right on mcgirl.....couldn't ever ask for a better team mom than angel morris. congrats to the whole morris family. Hard work pays, and nobody deserves it more than MC and Kieff......Rock Chalk Jayhawk!!