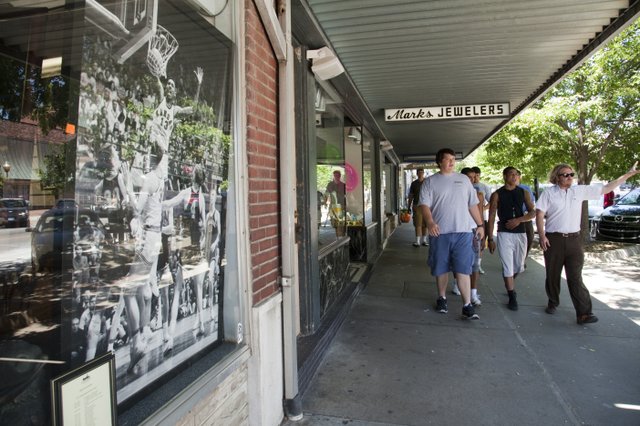 Howard Graham, right, leads a group of Kansas University football players on a tour of downtown Lawrence as part of the Bridges program on Wednesday on Massachusetts Street.

During their Wednesday afternoon tour of downtown Lawrence, six freshmen on Kansas University’s football team were part of a rescue mission that placed a trio of baby birds who had fallen out of their nest back near their home.